The Main Reasons Why Some Rooms Might Be Colder Than Others 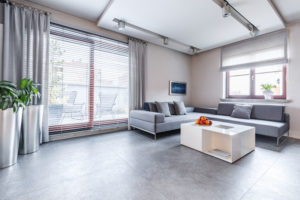 Depending on the type of home you live in, some rooms are colder than others. While the supernatural explanation of a “cold spot” might be valid to some, most cases imply a structural flaw or hindrance of some sort, that you’ll want to keep in mind when installing a new heating system.

The most common scenario is when you live in a house, and you have the upstairs room near est to a corner of your home. This room will be the coldest due to strong winds and the proximity to the attic. It will be even colder, if you don’t have proper attic insulation.

In contrast, rooms that are found deeper towards the center of the home are comparatively much warmer. This doesn’t always hold true for ground level rooms, which can sometimes be affected by a poorly built basement.

Finally, when living in an apartment building or a large house, this principle is brought to the extreme. As such, owning an apartment or having a room closer to the large building’s interior will be the ideal choice when you think about relocating. It will ensure that the surrounding rooms or apartments act as insulators and protect yours from the harsh cold and chilling winds outside.  For summer time have your Denver air conditioning technician close off the air that comes into the cooler rooms.